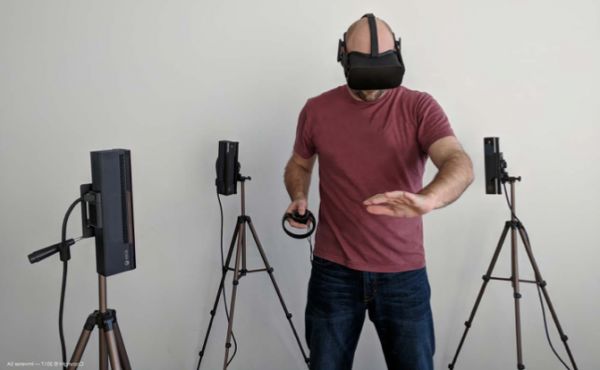 Mixed reality interactive documentary about space-time narrated by astronomer Tony Stark (Harvard-Smithsonian Center for Astrophysics). A real-time hologram of your body is integrated into the observatory room. Using the controllers, you bend space and time to your will, creating black-holes, worm-holes and time portals. 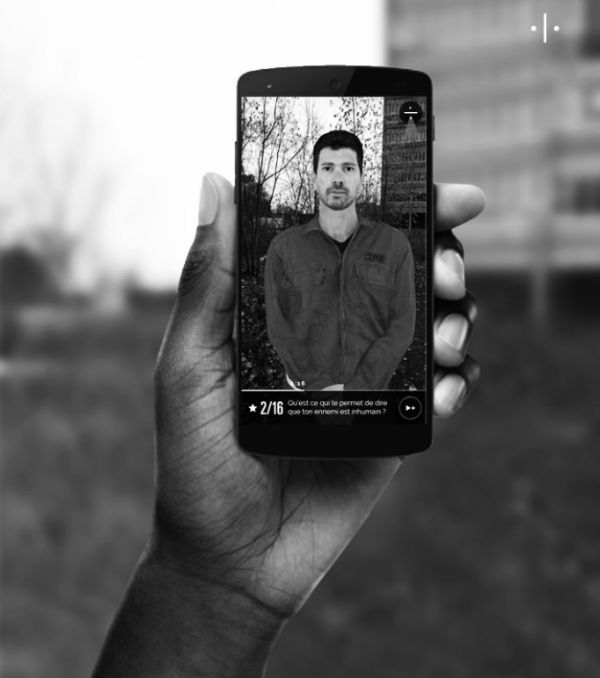 The Enemy is always invisible. When he becomes visible, he ceases to be the Enemy. For the first time, in augmented-reality, a new documentary gives users the opportunity to meet soldiers from opposite sides of the same conflict. Each fighter offers personal perspectives on war, in their own words, discussing their motivations for fighting and what their future might look like.
One of the first apps to take full advantage of the new ARKit framework for iOS11, The Enemy takes you to a whole new level of AR experience—an unforgettably real encounter. Blending digital representation of real-life fighters in 3D from information with the environment around you, ARKit allows them to interact with the real world as never before.
Speaker: Karim Ben Khelifa (CAN/FR)
Moderator: Sandra Gaudenzi
When: Sunday, 15 April 2018, 14h30–16h00
Where: Colombière Grande Salle (Rue de la Colombière 18, Nyon) 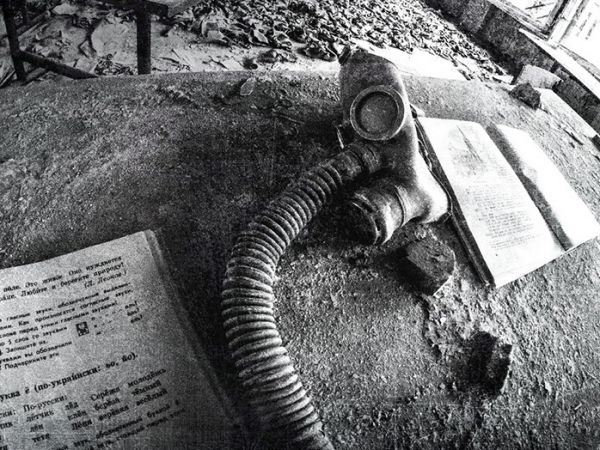 Chernobyl VR Project is an interactive virtual tour showing the aftermath of the biggest environmental disaster caused by humans. With the help of photogrammetry, laser scanners, drones, 360 spherical movies and photos, The Farm 51's crew recreated parts of the radiated exclusion zone as a real-time application made on Unreal Engine 4. They had to overcome a big number of technical, logistic, and design challenges, but there's still more to be done because the project's expansion assumes making a visualization of the future of this area, as well as it's look from the past, before the catastrophe.
Speaker: Wojciech Pazdur (The Farm 51, PL)
When: Sunday 23. April 2017 / 14.30h – 16.00h
Where: Colombière Grande Salle (Rue de la Colombière 18, Nyon) 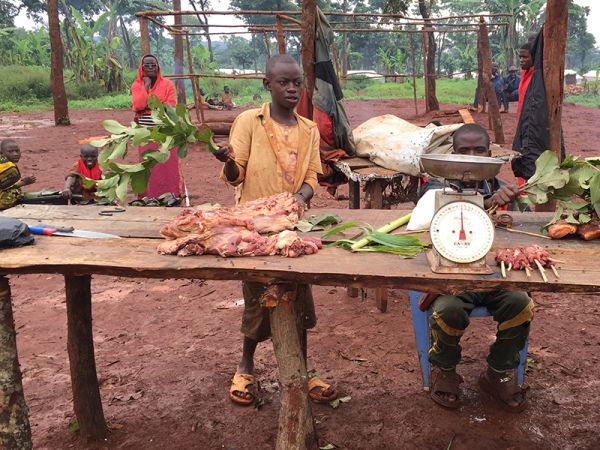 Over 65 million people are currently fleeing conflict or persecution worldwide. Due to their race, religion, or nationality, these people’s homes are no longer safe places to live and their governments no longer provide them with protection. Doctors Without Borders works around the world to provide refugees and internally displaced people with everything they need from psychological care to lifesaving nutrition. “Forced From Home” is an interactive, free, outdoor educational exhibition presented by Doctors Without Borders/Médecins Sans Frontières (MSF) to raise public awareness about the experience of the world’s more than 65 million refugees and internally displaced people. With an experienced aid worker as your guide, learn about the many challenges people on the move encounter and the work Doctors Without Borders does to address their basic medical needs in a host of settings. “Forced From Home” will be traveling to various open air locations around the Pacific Northwest and West Coast of the United States in Fall 2017. “Our objective was to use VR to create an empathetic connection between the viewer and a refugee. We wanted visitors to the exhibit to leave fully understanding the trials and challenges of life as a migrant, displaced from their homes and the unique requirements of the lives of people on the move.” (William D. McMaster, Head of VR, VISUALISE, 2016)
Speaker: William D. McMaster (VISUALISE, UK)
When: Sunday 23. April 2017 / 14.30h – 16.00h
Where: Colombière Grande Salle (Rue de la Colombière 18, Nyon) 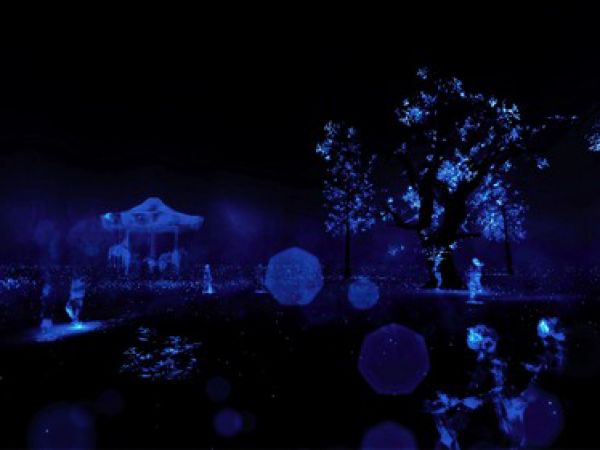 Notes on Blindness: Into Darkness

Notes on Blindness: Into Darkness is an immersive virtual reality (VR) project based on John Hull’s sensory and psychological experience of blindness released alongside the feature film. John Hull’s original audio recordings form also the basis of this project, a six-part interactive documentary using new forms of storytelling, gameplay mechanics and virtual reality to explore his cognitive and emotional experience of blindness.Each scene addresses a memory, a moment and a specific location from John’s audio diary, using binaural audio and real time 3D animations to create a fully immersive experience in a “world beyond sight”. The project won the Storyscapes Award at Tribeca Film Festival and the Alternate Realities VR Award at Sheffield Doc/Fest.
The experience is now available for free on the following platforms: Samsung Gear. Mobile or Cardboard: iOS Notes on Blindness: Into Darkness is a VR and interactive experience produced by Ex Nihilo, ARTE France and AudioGaming, in co-production with Archer’s Mark. It has been supported by the TFI New Media Fund and Ford Foundation, JustFilms, Centre National du Cinéma et de l’Image Animée (CNC) and Région Midi-Pyrénées.
Speaker: Lili Blumers (ARTE, F)
When: Sunday 23. April 2017 / 14.30h – 16.00h
Where: Colombière Grande Salle (Rue de la Colombière 18, Nyon) 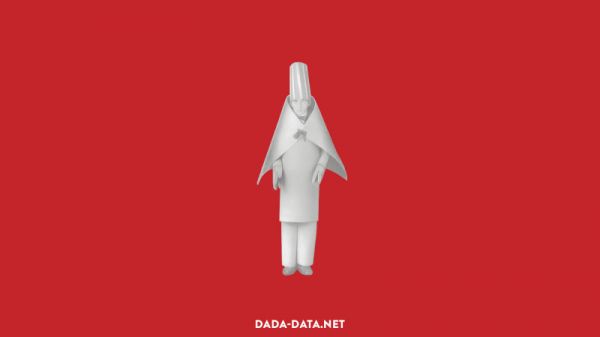 February 5th, 1916. In a Swiss cabaret, a handful of wild and nationless artists set out to remake art and change the world. February 5th, 2016. Dada madness strikes again.

Dada-Data, by Anita Hugi and David Dufresne (two Grimme Online Awards for Prison Valley and Fort McMoney), is a digital project composed by a storm of interactive Dada events (“Dada Hacktions”) and an online anti-museum, the DADA-Depot. A modern tale, between collages and hyper-text, Twitter and manifestos, Instagram and connected readymades, Dada-Data is a living and viral tribute made of embezzlements, self-destruction and derision rooted in our time, just like Dada was at war against her era. A tribute without dust, a documentary without video, purely web.

An interactive installation designed by Fragment. In (Lausanne) will be open to the public during Visions du Réel 2016 (Nyon, 15-23 April).

Dada-Data is an international co-production led by SRG SSR and Arte, in collaboration with DocMine, Pro Helvetia, and developed by the design studio Akufen (Montréal). 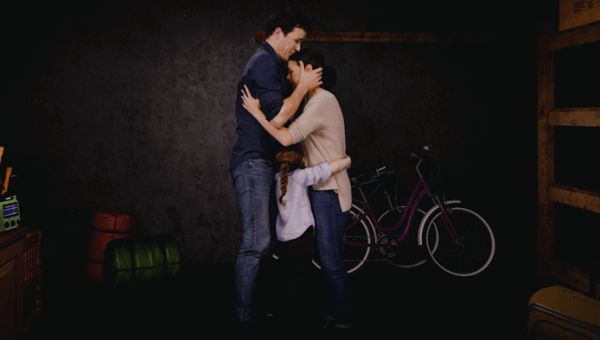 Trapped in an active war-zone, two parents struggle to distract their young daughter by inventing a fantastical tale. Inspired by real events, this immersive VR experience transports the viewer into the family's makeshift basement shelter. The parents' fairy tale intensifies as bomb-blasts draw closer and closer... One of Sundance’s 2016 New Frontier Program highlights, “Giant” draws on director and co-creator Milica Zec’s personal experiences as a child in war-torn Serbia: “Through virtual reality the viewer can see, hear and feel what it’s like to be at the epicenter of a conflict zone. They can also witness the fear and suffering that millions of innocent families around the globe are going through, at this very moment.”. The evocative film shows how cinematic VR lets us observe ourselves and our instincts, and become more conscious of the way we make choices. 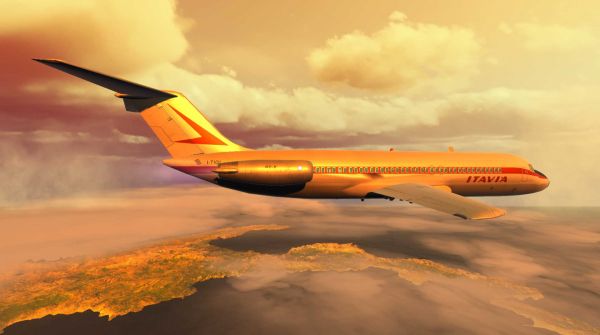 Progetto Ustica is a serious game that aims at keeping alive the memory of one of the most tragic events in recent Italian history. It is a short free to play exploratory experience created for PC/MAC and Oculus Rift VR. Progetto Ustica recreates the main events of the 50 minutes flight of the ITAVIA DC9 shot down from the sky over the Tyrrhenian Sea at 8:58 PM on June 27, 1980. The exact chain of events was never confirmed. The facts are still highly controversial but what we know with a fair amount of certainty from legal and technical evaluations is that the DC9 was shot down by mistake by a military missile that killed 77 passengers and 4 crew members. Progetto Ustica puts the player inside the DC9 shortly after its take off, from a first person point of view. The player explores its cabin, interacts with objects and people, and finds several objects that unlock additional features: new points of view that show what is happening from the perspective of the military aircrafts and more; audio recordings of that night radio communications; contextual information on the military activity in the Tyrrhenian Sea, new hints on events of that night and on what followed. The player retraces the events of that night during multiple playthroughs, each one contributing to build a different path among several possible points of view. 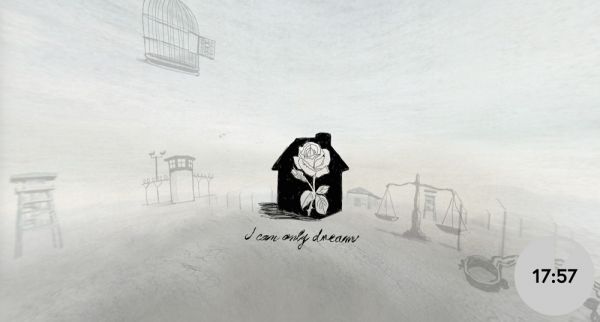 The Deeper They Bury Me: A Call from Herman Wallace

“I’ve had dreams of getting out of prison—and I was dancing my way out.” – Herman Wallace
Within a window of 20 precious minutes - the time allotted for a prison call - The Deeper They Bury Me plunges users into the universe of former Black Panther activist Herman Wallace, in an interactive inside look at the system that held him in solitary confinement for most of his adult life. Wallace’s universe in Louisiana’s notorious Angola penitentiary is reimagined through the deft overlay of Wallace’s real voice with sparsely poetic animation, as visitors navigate between his six-by-nine-foot cell and the dream home he envisions with artist Jackie Sumell. After 42 years in solitary confinement, Wallace was released from prison on October 1, 2013 and died three days later of cancer, nine days shy of his 72nd birthday on October 13.
The Deeper They Bury Me is written and directed by Angad Bhalla and Ted Biggs (Storyline Entertainment), and produced by Anita Lee for the NFB.
Co-directors Bhalla and Biggs worked with animator Nicolas Brault and the Toronto-based multidisciplinary studio Helios Design Labs to embed Wallace’s testimony within an immersive environment of poetic animation and evocative archival images, crafting an utterly original perspective on North America’s prison industrial complex.

With the support of